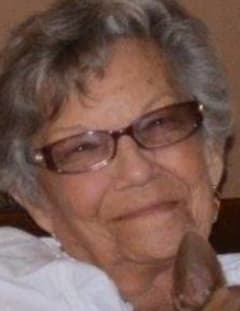 Barbara Jean Marohl passed away Sunday, October 16, 2022, in Jackson, CA at the age of 90 years old. She was born in Albany, CA on April 28, 1932, a daughter of the late Agnes Marie (Labod) and Vincent Bernard Siefert.

When her boys were old enough, Barbara went to work for the school system in the Canal Zone. She worked as a P.E. instructor, a swimming instructor and a pool manager.

Aside from working with schools, she was very active at the Curundu Stables, later known as the Fort Clayton Riding Club. She was fondly referred to as Mom by all the kids there.

Barbara didn’t have daughters so she would volunteer with the Girls Scouts during the summer months as a counselor at Camp Chagres on Madden Lake.

She loved to spend time on weekends with family, Sandy, the dog, and Henrietta, the chicken, at the beach. They would load up the station wagon and be gone.

In 1975, Barbara and Karl packed up their Tioga (nicknamed the Tortuga) motorhome and left Panama. They drove up to the United States through Central America to Fort Huachuca, AZ. After a few years, they moved to Westminster, CA. Always moving, never idle Barbara took up Dog Grooming as a side job. Education was important to her so she worked for a school in Westminster assisting with teaching English as a Second Language.

Although life was good, Barbara and Karl, wanted a quieter setting. They found their quiet space in Amador County and in 1984 they moved and would live out the rest of their lives here. Here, she would be known as Nana by family, friends, and neighbors. Their place became the home their sons, grandchildren, great-grandchildren, relatives and friends would come to spend time and to celebrate weddings, anniversaries, birthdays and holidays. The property was always decorated for the occasion and oh, wow the food! The pool was good for weekend gatherings in the summer. She really loved to see the kids having a good time.
In addition, Nana worked as an Amador County Animal Control Officer. When she retired, her badge was also retired.

Nana enjoyed being an active member of the Sierra Belles. She loved gardening, traveling in the motorhome and camping.

Her family was a source of great pride and her love, boundless. Family was everything to her.

We all miss you, Nana.

At the family’s request there will be no services. Condolences may be sent to the family by visiting www.danerimortuary.com and signing the guest book.