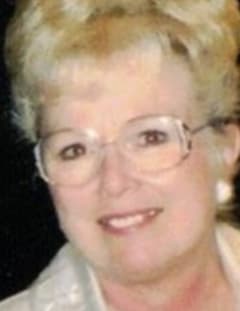 Beverly Jeannette Bamert passed on at the age of 81 on Tuesday, July 26th in Lodi, California after a long battle of kidney disease. She is survived by a large family that all loved her quirky ways and her bright smile. To many who had the pleasure of knowing her, she was a mother figure who was always taking care of people in need. Bev, also known to some as Miss Bev, leaves her legacy with her husband, Tom Bamert, their son, “Buzz” and his wife, Tiffany Bamert. As well as their daughter, Heather and her husband Patrick Thompson. She had five grandchildren, Zackariah and his wife Kayla, Brittany, Quinntyn and his wife Courtney, Beverly “Morgan” and her husband Joshua, and Jacob and his wife Aspen. As well as 5 great grandchildren, Brinlee, Levi, Reagan, Harper, Oliver. Her 6th great grandchild is due on August 13th, her birthday.

Bev was born in Cincinnati, Ohio on August 13th, 1940, to Harold and Gretta Holbo. The family made the move to Arizona, then on to southern California before settling down in Ione, California in 1953. Bev told many people about how she had lived in the Preston Castle while her family was looking for a permanent home. She would even show children where her old room was during school fieldtrips.

She met the love of her life, Tom, in eighth grade. Their first kiss was at a New Year’s Eve party that year. Tom said he was hooked that night; she was someone he couldn’t stop thinking about from that moment on. Bev and Tom were married June 18th, 1960.

Bev went to Sacramento State to earn a BA in Home Economics. During this time, she worked on the design of the home she and her husband would build for their family. In early 1965, with 2 young children, their dream home was completed. The large windows overlooked the beautiful land surrounding the home, as well as a view of the Preston Castle in the distance from the kitchen window. This home was featured on the front page in the Country Living section of the Sacramento Bee in the Fall of 1965. Anyone could show up at their door and be welcomed in with open arms. Many children learned how to bake in her kitchen and there were always chocolate chip cookies in the turtle cookie jar or in the freezer waiting to be eaten. Most days, you could walk into the house and see Bev sitting in her favorite chair next to the window, watching the world go by.

In 1968, Beverly started the first licensed pre-school/ child care center in Amador County, Kiddie Kampus. Over the years, she had taught many children of all age levels. In that same year, she was instrumental in her husbands’ campaign for county supervisor. Tom said he wouldn’t have made it as far as he had without her. Tom became District 2 Amador County Supervisor at the age of 28 with the love of his life by his side through it all. They both worked hard to take care of the community that brought them together.

She spent many summers at the family cabin, first to help feed the ranch hands, then to take her children. By the time her grandchildren were born, the cabin was for family and no longer used as summer grazing for the cattle. She would take her grandchildren every summer, teaching them about the mountain ranges and the rich family history. When the grandchildren wanted to run off and play, each child would have a whistle and the youngest would have bells wrapped around their ankle. Bev would tell them the bells were to scare off the bears, but those bells also let her know exactly where they were. The front porch was her favorite place to be, watching the cars go by and taking in the beauty of the mountains surrounding her.

Many motorhome trips were taken by Bev and Tom with their friends. She loved to travel and explore new places. They would take the motorhome every year to Cowboy poetry and would also go on longer trips to Alaska or Yellowstone. Her favorite thing to do during any trip was to write everything down. Every experience they had was written out. One of those moments was when they took their Bounder out for the first time and everything fell out of the cabinets when they turned down a road. She would go into detail about how they felt and the aftermath of every experience. Reading those passages would make you feel as if you were truly there with her in that moment.

A private burial is to be held at the Bamert Family plot at the Glen View Cemetery in Clements, California.

A celebration of life is set for Saturday, September 24th with a service starting at the Church of Jesus Christ of Latter-Day Saints at 10AM, 407 W. Marlette Street, Ione, California. Following the service will be a reception at the Circle Ranch, 1000 Cook Road, Ione, California.