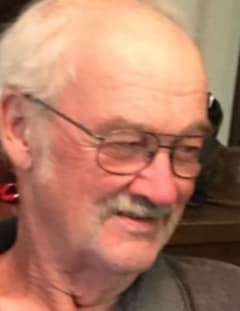 Bruce was born in Sacramento, California to Ted and Agnes Moody and welcomed home by brother’s Gerry and Timothy. After a short while the family moved to Shingle Springs in El Dorado County. Then in 1959 they moved to Fiddletown in Amador County. Gerry and Tim joined the service and Bruce joined the seventh-grade class at Plymouth Elementary School. After grade school Bruce attended Amador County High School and graduated in 1964. He and Janet Fredrick had dated while in high school and they were married on September 11, 1965, in Carson City, Nevada. They moved to Plymouth, Amador County and then on September 4, 1965, their first son, Kevin was born. Bruce had started working for Clifton and Warren Feed and supply while he was in high school and had obtained his Class A license so he could drive truck and haul hay. After Kevin was born, they moved to Placerville so Bruce could be closer to work. Then on September 2, 1970, their second son, Shawn was born when they lived in Diamond Springs. They lived there until Bruce changed jobs and went to work in Ione. He worked for Kreth, Inc. for more than 40 years. He had a short time working for Mervin Vicini and he also fixed more Jeeps, cars, and pickups for friends and relatives then can be counted. Bruce was always willing to help someone in need and was well liked and respected for his skills. He worked until the covid virus caused him and everybody else to stop work in 2020.
Bruce and Janet lived in Plymouth for about 46 years. They had many years helping out with youth groups at Plymouth Elementary School, Amador County fair and Amador High school. Bruce also took his Jeep over the Ribicon trail in El dorado County every summer for many years.
He is survived by his wife-Janet (57 great years), his two sons Kevin (Tori) and Shawn and grandson Logan and step grandson’s Jordan and Dillon. Also, two special Mini Schnauzers—Patch and Bella. He had a lengthy battle with lung disease and a shorter one with cancer. He was a very good man and a fine example of how a life should be lived.
No funeral is planned and support for youth activities is a fine way to remember him.