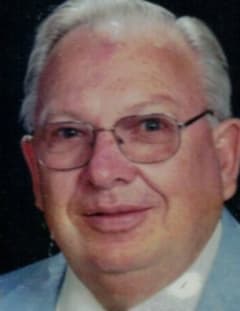 Carl James Lathrum of Ione, California passed away on October 23, 2022, at the age of 85. He passed away peacefully in his sleep after a long battle with Cancer.
Carl was born on November 29, 1936, in Osceola, Missouri to Walter Lathrum and Anna Mae VanAllen Lathrum both of Missouri. From Missouri the family moved to Rocky Ford, Colorado. He was one of 7 children, most born at home and delivered by their father.
He married his wife, Helen Pauline Lewis Lathrum, on June 15, 1956. During their 64 years of marriage, they had six children. One of their greatest joys as a family were the annual vacation trips. Carl enjoyed driving and eventually visited every state in the country except Hawaii.
He began his working career at a sugar factory in Rocky Ford, before finding employment as a Linotype operator at the Rocky Ford local newspaper. While working full time at the newspaper he
attended college. After graduating seminary, he began his 42-year career in the ministry. The course of this career took him from Rocky Ford, Colorado to Pleasant Hill, Chico, Oakdale, and eventually to Ione, California.
He was known as a great orator in the church, and as a pastor who would give sound and level-headed advice to members of the congregation, no matter what trials they were facing in their personal lives. One of his many passions was building, renovating, repairing and beautifying the many church buildings where he served.
Late in the 1980's, they moved to Ione with their youngest daughter to serve the congregation and to oversee the renovation of the Free Methodist Church on Market Street. To supplement his salary
he began working as a bookkeeper and Tax professional for Mel Jensen. He eventually purchased the Tax and Accounting business from Mel in 1994 and renamed it "C&P Tax Service". He ran the
business with his wife, Helen "Pauline".
Carl retired from the ministry in 1999 but continued to operate the tax business for a further 15 years. They both retired from the tax business in 2014 just after his 78th birthday.
Carl was preceded in death by his parents, an infant son, four of his siblings and his loving wife. He is survived by two siblings, five children, 14 grandchildren and 14 great-grandchildren.
He will always be remembered for his great wisdom and measured advice. He maintained a sharp mind throughout his lifetime, along with a great and cutting wit.
Since his wife's passing in 2020, he has missed her greatly, and we are all comforted by the knowledge that God has finally reunited them in Heaven.