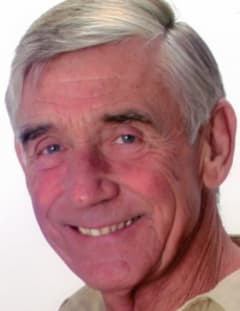 Frederick William Petersen passed away Wednesday, April 13, 2022 in Jackson, CA at the age of 78 years old. He was born in Sutter Creek, CA on August 31, 1943, a son of the late Lois Virginia (Wells) and William Frederick Petersen.
Frederick is survived by his soulmate Cindy Frable of Pine Grove, CA; a daughter, Barbara (Peter) Standish, of San Jose, CA; son, William (Naomi) Petersen, of Pioneer, CA. He is also survived by grandchildren, Kyle, Garrett, Tyler, and Layla. Frederick is preceded by his sister, Gloria.
Fredrick served in the U.S. Army 1967-1969. After being discharged he worked as a flight instructor and corporate pilot. In his spare time Fred enjoyed motorcycle riding, water skiing, snow skiing and showing his classic cars. Frederick’s favorite pastime was flying, and he volunteered many hours flying for Doctors Without Borders and the California Civil Air Patrol.

A private graveside service will be held at Pine Grove Cemetery in Pine Grove, CA. Contributions can be made in Frederick’s name to Doctors without Borders Pilot at https://donate.doctorswithoutborders.org.