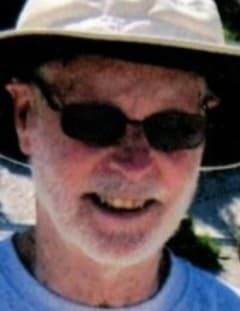 Our family is saddened to share the passing of our favorite guy, Gary Davis, at the age of 80 on October 22, 2022. Gary was born in San Francisco on June 3, 1942. Gary was proceeded in death by his parents, Harry, and Dolores Davis; his brothers, Joe and Dennis Davis; mother-in-law, Evelyn Caccia and his brother-in-law, Edward Caccia.
Gary is survived by his wife, Janet Caccia, with whom he shared 34 years of love and marriage. He is also survived by his much-loved children; Mary McMillan (Spencer Miller) in South Carolina and Christopher Davis (Marina) in Kentucky and his grandchildren Clay, Logan and Noah in South Carolina. He is also survived by his sister, Julie Hatcher, in Redding; nieces, Shelley and Alicia; nephews, Michael, Mitch, Kevin and Mike.
Gary graduated from Jackson High School in 1960. The high school principal told Gary "He could be anything he wanted to be." Gary graduated from Stockton College in 1962. He then transferred to San Francisco State College. He was lacking 3 credits to graduate when he was drafted into the Army and served 2 years before being Honorably Discharged. He was able to finish his course work graduating from California State University-Sacramento with a degree in Business Administration.
Gary was then employed by Chevron Oil in San Francisco. After a few years working at corporate headquarters, he realized he wanted to make a difference in young people’s lives. He worked for the California Youth Authority as a Group Supervisor and Youth Counselor. Subsequently, he was a Deputy Probation Officer in El Dorado County. During this time, he received a master’s degree in Social Work from California State University-Sacramento.
Gary became Amador County Chief Probation Officer in 1977. He was responsible for Juvenile and Adult Supervision. He was also Director of Family Court Services and was the Court Investigator. He believed in being accessible to the community and never had an unlisted phone or address. He was instrumental in establishing the Safehouse for Operation Care and served as a resource and maintenance person for the house in its early years.
Gary retired in 1997 after 20 years of serving the people of Amador County with honesty and dedication. His favorite words for retirement were "PLAY, PLAY, PLAY." He was able to drive back east twice a year to spend time with Chris and Mary and later his grandchildren. Gary also enjoyed rockhounding, hiking and going off trail with his dog, Kadie. He loved boat camping at Bear River, kayaking, skiing, snowboarding and especially fishing at Silver Lake. He maintained the family vehicles and loved working on his 1950 Chevy truck. Gary was also a runner. He ran 6 miles a day for many years as well as running in marathons (26.2 miles). Gary was an excellent cook and was the family chef. He was always a volunteer! He was active in the Jackson and Creekside United Methodist Churches. He was also a friend of Bill W. Thirty-three years ago, Gary made the decision to be alcohol free. His life was full and rewarding! He was so blessed to have many years in retirement with good health and the ability to "PLAY, PLAY, PLAY."
A special thank you to the staff at: Amador Residential Care, Hospice of Amador and Calaveras, Sutter Amador Hospital, and the Emergency Room. All gave compassionate and loving care to Gary and his family. Contributions in honor of Gary may be made to your favorite charity. Condolences may be sent to the family by visiting danerimortuary.com and signing the guest book.
When famous musician Roy Orbison was asked "How would he like to be remembered?"
He answered, "I would just like to be remembered." Gary liked that and said, "He would just like to be remembered."