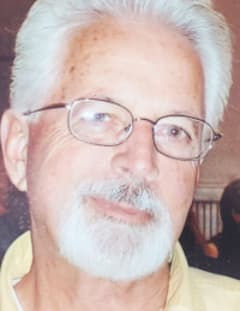 Grayson Spencer Beal, 77, a resident of Amador County since 1989, passed away peacefully on May 24, 2022, at Sutter Amador Hospital. He was born in Los Angeles and graduated from Eagle Rock High School. He attended Glendale College, then graduated from the California College of Mortuary Science.
After a short time as a mortician, he became the foreman for his family’s roofing company (Superior Roofing) and maintained ownership after his father’s retirement. A few years later, he merged Superior Roofing with Bryant Roofing, a large commercial roofing company. While at Bryant and in many other areas of his life, Gray was known for his strong communication and problem-solving abilities.
He and his first wife, Mary, had two children (Beth and Stephen) and lived in the Glendale area for many of the ensuing years. Grayson enjoyed the wilderness and open spaces of the California deserts. His family owned a cabin that was visited several weekends each month with family and friends for over ten years.
Grayson relocated to Sutter Creek in 1989, where he met and later married Judi Parkinson (now divorced). He was best known in Amador County as a highly respected Roofing Contractor and was the owner and then co-owner of All Sierra Roofing. He retired and sold the roofing business to his partner, Tim Thornhill, in 2008.
A lover of all animals, an ocean beach and boating of any kind, Grayson also had a passion for movies, music, and books throughout his life. His ability to play the piano “by ear” was most likely passed to him by his mother, an accomplished pianist. He was expert at target shooting and skeet shooting, a pastime he enjoyed with his son, Stephen. Grayson loved his 1996 Toyota Tacoma truck that he maintained in mint condition and could be seen driving down Main St of Sutter Creek on a daily basis.
He was a proud member of a 12 Step Program where he sought help later in life for a problem that got away from him after the death of his daughter, Beth, from cancer in 2013. It was a devastating blow from which he never fully recovered. He was devoted to both his children. Grayson then became a Christian and found solace in the church and a strong faith in God.

A quiet, self-contained man, it was not always easy to discern what Grayson was thinking, but he was never one to use harsh words. He was a decent, loyal man who, like many people, was not without complications and issues. However, Grayson was deeply self-aware and did his level best to live a life that was grounded in rigorous honesty, kindness, and compassion. Like many people, Grayson was quick to forgive others their trespasses and not as quick to forgive himself for his. For Grayson, the earth was forgiveness school. He will be deeply missed by those who loved him.
Grayson leaves behind his son, Stephen Beal (Broomfield, CO); his former wife and loyal friend, Judi; sister, Geri Greer (So. Carolina); nephews, Michael, and Tony Greer (LA area); niece Gina Greer (So. Carolina); cousin, Robert Rubin (Sharon); his close friend, John, and his wife; and countless other loyal friends in the local 12 Step Program.
Donations can be made to the American Cancer Society or the charity of your choice.