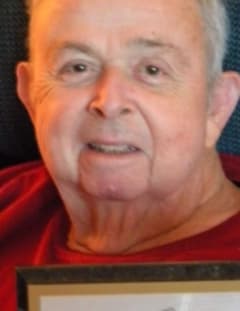 Ken spent his childhood years moving with his family from Kentucky to Pennsylvania to Illinois, settling in California in 1958. He attended La Habra High School and graduated in 1963 from Cal Poly Pomona with bachelors’ degrees in Electronic Engineering and Mathematics. After graduation he married Susan, his former wife, in 1964. They lived in San Jose with their 2 children where he worked for Hewlett Packard and Philco Ford. In 1974 Ken met his wife, Kay, while working at Philco. Ken and Kay married in 1977. From 1982-1984 the two moved to England while working with Ford Aerospace. During their time there they enjoyed traveling throughout Europe. Ken continued to work in his field for 30 years; he retired from Lockheed Martin.

Ken will be remembered by his family as a kind and generous man, always putting his family first. He loved spending time with his wife, children, and grandchildren. One of the greatest gifts he gave to them is the love of family, good food and traveling. His spirit will forever be in their hearts and will be dearly missed by all of them.

At the family’s request there will be no services. In lieu of flowers, donations may be made in his name to: The AARL Foundation Scholarship in Memory of Ken Anderson - K6TA
225 Main Street, Newington, CT 06111-1494.