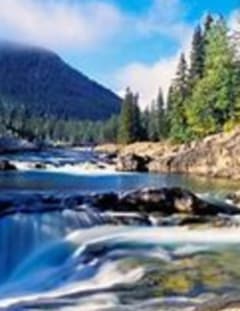 Kevin Brian Haley passed away on May 15, 2022 at the age of 69. He was born on February 4, 1953 to Richard Francis Haley and Delores Opal Haley in Lubbock, Texas. As part of a large military family, he moved a lot throughout his early life. His family moved to Napa, CA in 1969 where he would eventually graduate from Napa High School and start a family of his own.
Kevin graduated from Sacramento State University with a Bachelor of Science in Business, but his true passion was in Art. After graduation he opened Valley Cycles in Napa where he specialized in motorcycle building and repair as well as custom art painting. He created a career for himself through “Haley’s Art Productions” and would continue doing art commissions for his community throughout his life. He also built two motorcycles of his own that he took great pride in.
Kevin married his wife Sandee Haley in 2006 and they would later move to Ione, CA where he lived until the end of his life. Sadly, Sandee passed away in December of 2020.
Kevin was very charming and charismatic. Always singing and humming, he was sensitive and a gentle soul at heart. He had a great appreciation of classic rock music and also enjoyed playing guitar. Something he had picked up again in the last days of his life that made him very happy. He was rarely seen without his black Levi’s, Harley Davidson t-shirt, baseball hat, and of course his favorite cowboy boots. Along with his artistic nature, he will be remembered for all of these qualities, but especially for the love of his family. It was the most important thing to him. He will be missed greatly. May he rest gently and peacefully.
Kevin is survived by his mother Delores Opal Haley, son Kevin Christopher Haley, daughter Kaylan Christina Haley, daughter in law Amber Haley, stepdaughter Star Garcia, sister Theresa Haley Dik, brother Daniel Haley, sister Joan Haley, grandson Kevin Jonah Haley, granddaughter Shayna Haley, grandson Gabriel Reyes, grandson Jacob Reyes, granddaughter Mariah Garcia, grandson Emilio Garcia, great grandchildren Jax, Greyson, Coraline, and Raven, 25 nieces and nephews, and numerous friends that were his extended family. Kevin is preceded in death by his wife Sandee Haley, his father Richard Francis Haley, brother Timothy Haley, brother Anthony Haley, and former wife Gloria Haley.
A celebration of his life is to be announced.