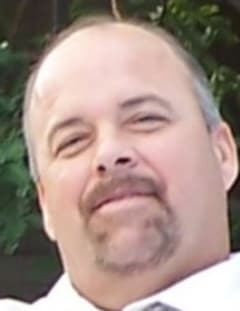 Michael David Gates passed away Wednesday, July 20, 2022 in Roseville, CA at the age of 62 years old. He was born in Walnut Creek, CA on February 4, 1960, a son of the late Margie Jean (Lawson) and Richard Gates.

Michael is survived by his wife of 40 years, Shirley Gates of Pine Grove, CA; two sons Mathew (Felicia) Gates of Pioneer, CA and Justin (Silvia) Gates of San Tan Valley, AZ; He is also survived by two sisters, Pat Farrell of New Mexico and Barbara Syke of Florida; a brother, Jeff Harbin of Antioch, CA; As well as grandchildren, ChyAnn, Priscilla and Gianna.

Michael grew up in Antioch and graduated from Antioch High School in 1978. After high school he enlisted in the U.S. Navy and served on the USS Halsey CG-23 achieving the rank of Quatermaster Second Class and earning the Humanitarian Service Medal and Navy Expeditionary Medal.

Michael married his high school sweetheart, Shirley, in 1982 while in the Navy and returned to the East Bay Area in 1984 to raise his family. After a short time working in a brickyard, Michael began his flooring apprenticeship, eventually becoming a contractor and successful business owner before retiring in 2004. He enjoyed fishing and camping with his sons, playing golf, brewing craft beer and spending time with family and friends playing pool during their weekly “Friday pool night”.

Michael moved to Amador County in 2019 where he enjoyed the beauty and peacefulness of the area, the deer coming to visit him, watching the squirrels antagonize the dog and the hummingbirds letting him know when their feeder needed to be filled.

At the family’s request services will be held at time of interment at Sacramento Valley National Cemetery at a future date.