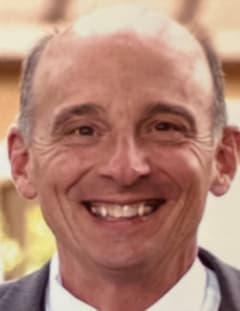 It is with great sadness that we announce the passing of Michael Edward Ryan on October 23, 2022 in Jackson CA at the age of 66 years old.

After a yearlong uphill battle with cancer, while watching football with his wife and sons, Mike took his last breath. He fought with bravery and was determined to fight until the very end. He even took one last “Hail Mary” treatment the week before his passing with hopes of it improving his health.

Mike was born in Sacramento CA on January 18, 1956. He was a son of the late Mary Elizabeth (Lucot) and Martin Henry Ryan, and a son-in-law to the late Robert John Swensen Sr.

Mike is survived by his wife Debbie, who he shared 42 wonderful years of marriage with, his two sons, Mitch and Casey, his two daughters-in-law, Whitney and Lindsay, who he thought of as his own daughters. His five grandchildren, Reagan, Luke, Jake, Mack, & Maven, who made his heart full and made him smile from ear to ear. His mother-in-law, Phyllis Swensen, his two brothers George (Evelyn) and Martin (Teresa), and many nieces and nephews.

Mike lived his entire life in Jackson because he believed it was such a wonderful place to call home. One story he loved to tell was as a young boy during his summer vacation, he would walk every day from his family’s home on the corner of Hwy 88 & Pitt St. to the Jackson Elementary School to shoot baskets. He loved to count how many times he would need to bounce the ball from home to the school and the same on the return. Mike’s love for basketball only grew from there. He played Jr. High, High School, and College basketball. He was on numerous city league basketball teams and enjoyed playing pick-up games in the mornings and evenings with his favorite crew of guys. Mike had become known as the “Old Man” on the court, but he loved every minute of his time and the friendships he made with so many people over the years. Sadly, his disease stopped him from playing basketball this past year and he truly missed the game and all the guys!

Mike also enjoyed the many years of sports with his two sons. Whether he was coaching or watching from the stands, he very seldom missed a game or practice. And if you knew Mike, he loved to talk about his boys. Family was indeed the most important thing to him, and when his 5 grandchildren came his heart had to grow in size to make room for all the love, he had for them!

Mike attended Jackson schools graduating from Jackson High School in 1974. From there he attended UC Davis earning a bachelor’s degree in history. Upon graduation, he worked at the family business, Western Land Title. In 1991 Mike was elected to Amador County Treasurer/Tax Collector and served in that position for 30 years.

Mike enjoyed an occasional golf game and his time with his friends, many of which he went all the way through school with. Our family trips to Sea Ranch, vacations with the family, or just hanging in the living room wrestling with the grandkids were some of his fondest memories. His love and loyalty to his family was strong. That’s why we had such a hard time letting him go.

At the family’s request there will be no service. Contributions can be made in Mike's name to Amador Stars P.O. Box 208, Jackson CA 95642. Condolences may be sent to the family by visiting www.danerimortuary.com and signing the guest book.