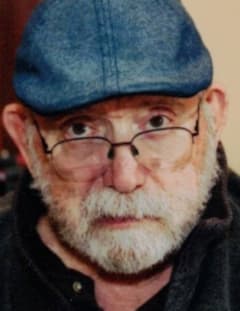 Michael James Visser passed away Saturday, January 7, 2023, in Pine Grove, CA at the age of
73 years old. He was born in Des Moines, IA on September 7, 1949, a son of the late Anne Marie (Gilligan) and James Stevenson Visser.
Michael is survived by his wife, Karen Visser of Pine Grove, CA; daughter, Molly Visser of Ukiah, CA; son, Sean Visser of Volcano, CA; as well as a brother, Roger, husband of Judie Visser of Fresno, CA; granddaughter, Meara Visser. He is preceded in death by sisters, Pam Luckey and Linda Nancarrow.
Michael was born in Iowa. He had one brother and two sisters when his family moved to California. He attended high school in Stockton, Delta College, and San Jose State University. He married his wife in 1972. Michael began his career for California youth authority as youth correctional counselor in the early 70s in southern California. They moved to Ione where he started work at Preston school of industry. He loved sports and was always involved in sports. Loved football, wrestling and basketball. He played many years of football in high school and college earning titles as all American and all state football player. Later years played for the Preston football team. Wrestled for many years in high school, college and the police games earning many medals from gold to bronze.
Michael was so involved in sports coaches as a volunteer for many years in baseball, softball, soccer, and football. He coached every team Sean was on. From the time his kids started
playing sports until they both graduated high school and for many years after. Coaching for
Amador High School football and Jr Buffaloes football.
Michael had such an influence on so many young people’s lives as they grew up not only in
sports but with the youth authority as well. Michael spent the majority of his life coaching, helping, teaching, leading, and influencing youth to become better at what they do, to become a better person and a better player. Teaching respect and compassion. Teaching them to push themselves to a higher level. He always took the time to teach the individual as well as the team. Anyone that knew him was inspired by him. He was very involved with anything his kids did. His daughter started to volunteer for the Pine Grove Fire Department which started her career at Cal Fire, and he volunteered with her. There was not a selfish bone in his body. He loved his job, his coworkers, volunteering, and coaching. He loved his wife, his family, kids, granddaughter, and pets.
Michael retired from Preston after 32 years. But kept working odd jobs to get his social security.
In his later years his health declined but his love for his wife, family and others never faulted. He was always a real honest straightforward man. He gave so much to helping and teaching others. When he passed, he was happy and humble. He is no longer with us, but he is still near. It is a great loss, but his time was spent well. Rest in peace MADDOG!! We all love you!
At the family’s request there will be no services.