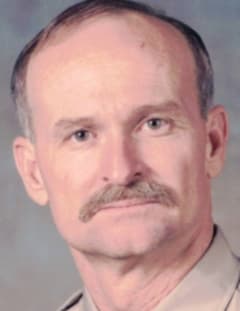 Robert L. Bandy was born on August 23, 1950 to Claud and Lois Bandy and passed away at the age of 71 years old on August 4, 2022. He had two siblings, Harvey (10 years older) and Claudia (Allinson) Bandy (3 years older). He went by the name of Lee. He was married to Joanne (Borg) Bandy for 49 years. They had two children, Jason Lee, and Mindy JoLee and five grandchildren. Lee was very proud of his children and grandchildren and got his first tattoo when his first grandson was born. He continued to get tattoos for the remaining grandkids along with Joanne's, Jason, and Mindy's.
Lee served in the Navy and was stationed in Morocco during the Vietnam War era. When Lee was discharged, he worked at Singer Business Machines where he met Joanne. After getting married they lived for a short time in Millbrae until they bought their first house in San Jose. Four years later Lee wanted to get back into farming to help his elderly parents. He and his wife moved to Chowchilla where Lee farmed cotton, wheat, corn, and almonds for 17 years. He then became a correctional officer and worked at CCWF state prison in Chowchilla for 13 years. He decided to retire and took care of his mother until she went into a nursing home. After his mother passed away, he and his wife moved to Pine Grove, where they enjoyed life to the fullest. Lee will be missed by his family and friends who loved him.
Donations can be made to St. Jude's Hospital at www.stjude.org/donate or to Hospice of Amador and Calaveras Counties at 1500 S. Hwy 49 Ste 205, Jackson, CA 95642.