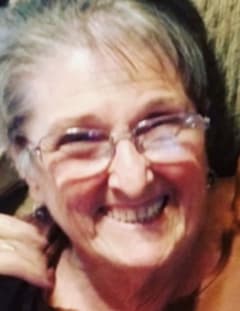 Sandra Lee Tadlock passed away Monday, January 2, 2023, in Jackson, CA at the age of 80 years old. She was born November 4, 1942, to Harold and Eunice Salisbury in Omaha Nebraska. Sandie and her family later moved to Palo Alto California where Sandie graduated Palo Alto High School.

Sandie met Paul Tadlock in Redwood City and they married on March 19, 1966. Residing in Palo Alto, Sadie and Paul welcomed Debbie Lee Tadlock in May of 1967 and Paul Grady Jr. Tadlock in June of 1971. The family later moved to Milpitas California where they began their love for horses and animals of all kinds through the years.

Sandie had love for all animals and a passion for gardening and koi fish. From dirt to dinner, she really could do no wrong. She baked pies of all kinds, pizzelle cookies - a family favorite, and her famous Swedish pancakes. Sandie was a loving mother, selfless grandmother and a dear friend who shed her light and warmth on all she met. She will be missed dearly by many, but her warm and loving heart will live on in those lucky enough to have known her.

Sandie is survived by her husband, Paul Tadlock; her daughter, Debbie wife of Micheal Fouch and their children: Crystal Carter, Chris and Todd Kannal, Mason, and Justin; great granddaughter, Harlow Fouch-Perez; her son, P.J Tadlock husband of Tina Tadlock and their children, Taylor, Morgan, and Aidan Tadlock; siblings: Alan Salisbury, Diana Bowman, and John Salsbury; Sandie is also survived by many adopted family members including, Diana Niblett, her daughter Alana DiLallo, and her son, Joseph Trudel V. Dee Moran, her daughter, Mikayla Moran, and her daughter, Nova Moran. Samantha Heppe, her son, Hudson Heppe. And Christian Gage. She is preceded in death by her father and mother, Harold and Eunice Salisbury and grandson Colby
Fouch.