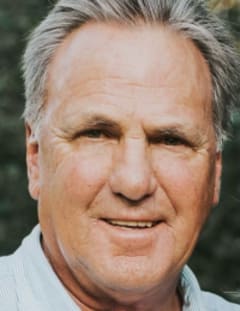 Thomas "Tom" John Eliskovich passed away Tuesday, December 13, 2022, in Sacramento, CA at the age of 67 years old. He was born in Jackson, CA on February 13, 1955, a son of the late Lucille Ann (Urjevich) and Eli Marko Eliskovich.

Tom was born and raised and spent his entire life in Amador County. Tom Retired from Wolin & Sons. after 25 years as a Laborer in the Union. After, he went to work at the Jackson Rancheria Casino where he worked as an operator. He was a mastermind when it came to pipe work. Tom took much pride in where he was from, the home that he built, his family, his dogs, his guns, his taxidermy, and hunting. Tom could build or fix absolutely anything and if he couldn't, he had a friend who could. His friends were family too. He was a beloved brother, nephew, uncle, husband, father, and most importantly the absolute best Poppy (Grandpa).

Friends and family are invited to attend a graveside service will be held 11:00 a.m. on Wednesday, December 28, 2022, at the Plymouth Cemetery in Plymouth, CA. Following the ceremony, his daughters invite friends and family to gather at Di Stasio Vineyards 10788 Shenandoah Rd, Plymouth CA. Contributions can be made in Tom’s name to “True Sportsman Club, A&A Shooters”, PO Box 824, Jackson, CA 95642.