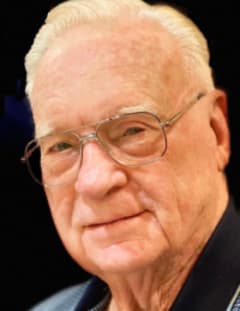 Walter "Walt" William Hale, Jr, passed away peacefully on Monday, January 2, 2023, in Carmichael, CA, from cancer. He was born in Amador City on August 24, 1935, a son of the late Louise Mary (Battaglia) and Walter William Hale. As a result of his parents’ deaths, when he was 13 years old, he moved to Amador City to live with his grandparents Edith and August Battaglia.

Walt graduated from San Jose State. In 1957 he married Yvonne Moniz and began raising a family. He was drafted into the Army in 1959 and began teaching with the Fremont Union High School District in 1961. He rapidly advanced to administrative positions, serving as Assistant Superintendent from 1976 to 1979. During this time, he enrolled at the University of Southern California receiving his Ed.D. in l972, thus becoming an enthusiastic USC Trojan for the rest of his life.

Walt married Eve Bressler in 2000. The couple moved to Sebastopol, where they lived until 2019 enjoying country life and frequent golfing. When retiring they moved to Carmichael, where they enjoyed the friendly residents and the variety of activities.

Much of Walt’s life revolved around his love of sports. He played basketball and football at Amador High School team. As a high school teacher, he coached football. With his former wife Yvonne, he attended countless baseball games, cheering their son, Chip on his way to playing and managing in the Major Leagues, and frequently offering suggestions to umpires, referees, and coaches on how to call the game.

Walt is survived by his wife, Eve Bressler of Carmichael; daughter, Kathy Martella (Mark) of Menlo Park; son Chip Hale (Judi) of Tucson, AZ; grandchildren Matthew Martella, Mitchell Martella, Haley Martella, Jack Hale (Natalie Jo), Eddie Hale, and Sabrina Hale; and great granddaughter, Palmer Hale. He is preceded in death by his son Teddy Hale and brother Frank Hale. Family was all important to Walt. He was generous and supportive to his children and extended family, often helping them move ahead in their careers.