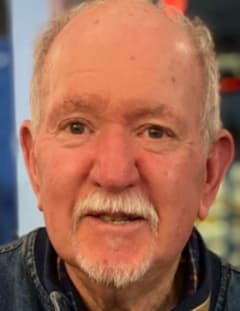 On Tuesday, January 17, 2023, William Struble, a beloved husband to Debbi for 49 years; father, to Carl (Jessica) and Kelly (Ed), and grandpa to Skyler and Ayla, passed away. Bill was the young age of 80.
Born to George and Edna Struble on November 28, 1942, in Oakland, California. Bill spent most of his young life in Berkley, California with his four siblings, Bob, Adrienne, Don, and Jeannette. They later moved to Suisun where he would graduate High School and work part time at Wooden Valley Winery before heading to the Air Force Reserves. He later landed the career he would be proud of forever, California Department of Forestry, where he became a Captain. After 35 years of service, he would soon move on to Eldorado Showers and commit 12 more years in to helping others during catastrophic weather events.
Bill was very involved with his granddaughters, Skyler, and Ayla. He loved them so much and was very proud of them. If there was anything that these two young ladies were involved in, Bill was there. One of his last trips, was a trip to Berkeley to show them where he grew up and even met the owners and was invited inside the house, he was raised in.
Bill also looked forward to his weekly Wednesday meet up with other Retired CDF Captains where they would catch up on current events and talk about whatever CDF retirees talk about.
Bill loved getting his afternoon walks in around the neighborhood and talking to anyone that he would see. Everyone could hear Bill when he was coming around the corner, with that deep radio voice.
Upon arriving to the gates of Heaven, Bill will be reunited with his older brother Bob and his Parents and many other family and friends that have left us. He will be chatting up a storm and it might take a while to finally reach his destination.
There will be no services, but a Celebration of Life in the Spring where everyone will be notified. Please no donations. Instead, in honor of Bill, call an old friend and have a cup of coffee together.