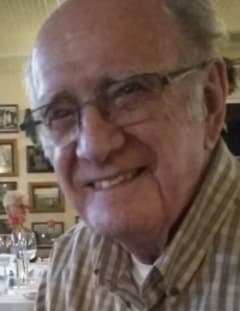 William Julien Bryant passed away Friday, August 19, 2022 in Jackson, CA at the age of 90 years old. He was born in Chicago, IL on August 14, 1932, a son of the late Marguerite Olive (Julien) and William Shepard Bryant.

William is survived by a daughter, Mitzi wife of David Smith of Jackson, CA; He is also survived by numerous nieces and nephews and a beloved sister-in law Sally Krowel. He is preceded in death by his first wife, Jeanne and second wife, Flora; twin brother, Oliver; sisters, Helen, and Annette.

William (Bill), served in the United States Navy during Korean War, serving from November 1952 to October 1956 active duty, and from November 1956 to November 1960 in the reserves. Bill served on the USS Grady and the USS George Eastman YAG 39. He served aboard during operation “Redwing” which involved several nuclear tests carried out on Bikini and Enewetak atolls in the Marshall Islands May through July 1956. Bill was a life member of the American Legion and a founding member of Post 108 honor guard where he had the privilege of carrying the Navy flag during the annual Veterans Day Parade on Main Street in Jackson.

He retired after 35 years working as a Master Carpenter for Bay Area Local 217.

Bill loved going to church at Sutter Creek Baptist Church being the first one to arrive Sunday morning at 9am for Bible study before church services.

A Celebration of Life Service will be held at a later date.